This is not your usual acoustic bass.

Joaquín Marco is a luthier based in Vitoria, North of Spain. He produces several original handmade basses that cover many different styles.

With his Marcústico, Marco really made an effort to create a bass that could be played by electric bass players but with a real double bass sound. Given the number of unsuccessful attempts at this goal from seeral manufacturers, it mist not be an easy thing to achieve.

Marco started with an original lute shaped body, and took several aspects from the double bass, such as the extended floating fingerboard and traditional shaped wooden bridge. A clever an simple pickup captures the natural resonances of this bass, with a single On/Off switch as the only onboard control.

Marco built a similar bass for Marcus Miller (a headless version) and to his surprise, Marcus used it in 3 tunes in his latest release "Silver Rain". You can read a short interview here (in Spanish). 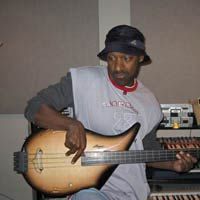 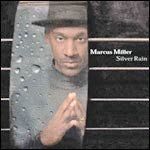